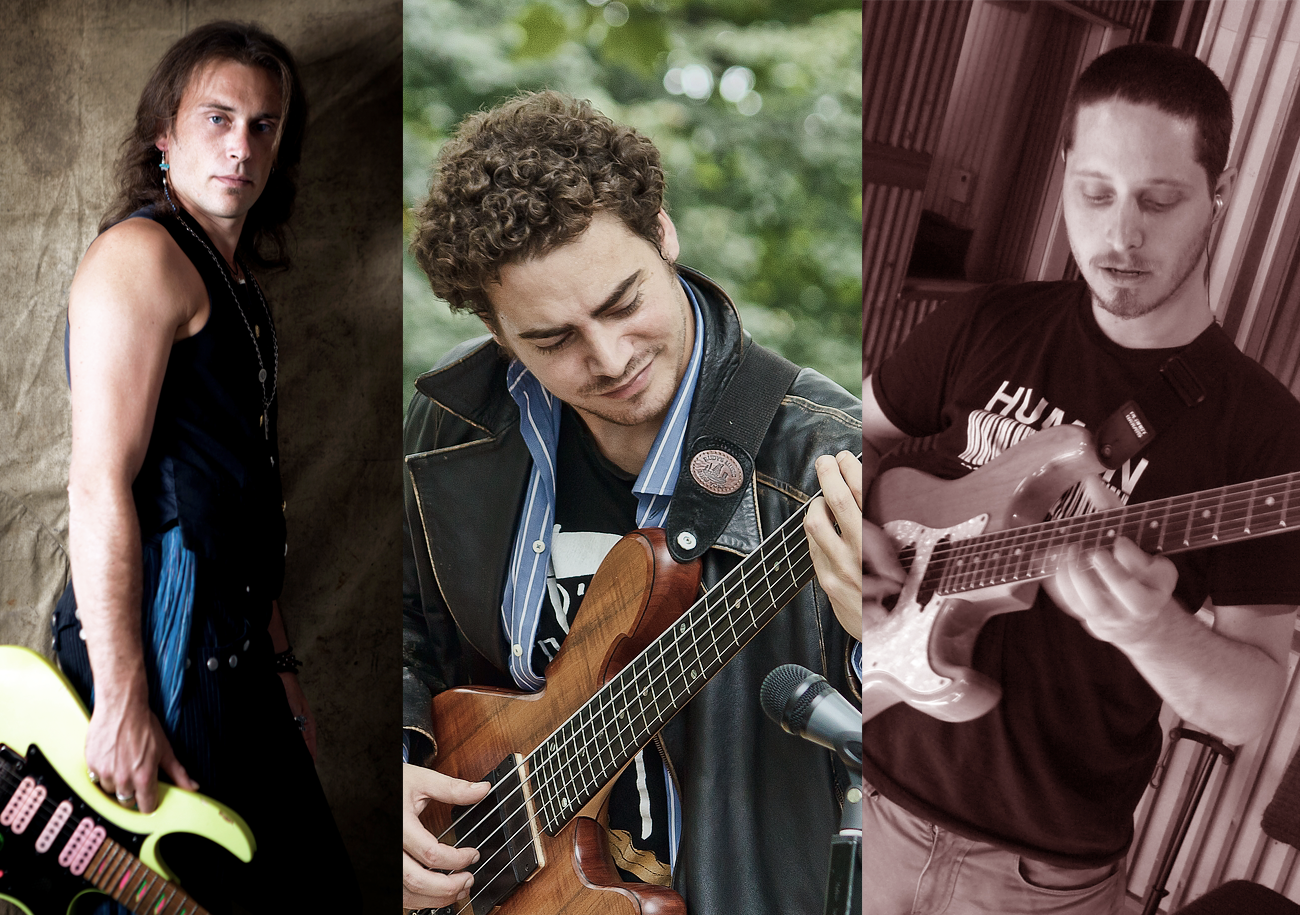 Fuse Berlin is a collaboration of some of the most innovative and prominent musicians in Berlin’s Jazz and Rock scene. When joined together on one stage, the result is always an unforgettable mix of talents and directions. Featuring three different bands performing their own unique music, the music still draws from one vision and corresponds with the roots of Jazz, Fusion and Progressive Rock among other genres.

After the shows there will be a Fuse Berlin Jam Session!

Residents Of The Future

Residents Of The Future perform original tunes written and arranged by guitarist and band founder Yuval Ron. The music reveals influences of modern jazz-rock icons, and a mixture of many other contemporary artists from the progressive rock, fusion and metal genres.

ROTF’s music places a constant emphasis on harmonic richness, rhythmical sophistication, dialogue between the players and an extensive use of synthesizers, laptops and other electronic instruments. Residents Of The Future are based in Berlin, Germany, bringing together four internationally rising talents from the next generation of electric Jazz.

The material blends fascinating compositions and spectacular solo improvisations and leads to a musically electrifying experience. The band has released two studio albums and various videos, and has performed at a variety of venues and jazz festivals worldwide – from Europe through North America to New Zealand, gaining extremely supportive feedback and recognition from audiences, the media and fellow musicians alike.

Roberto Badoglio is considered to be one of the most virtuosic and melodic bass players among the new generation of Jazz Fusion. His approach to the bass as a melodic instrument has been widely recognized and impressed upon audiences.

After studying with bassists Dominique Di Piazza and Matthew Garrison in his teen years, Roberto attended the Berklee College of music in Boston. Where he studied and played with many influential jazz musicians.

Roberto’s music has been a revelation for many listeners and bass players who greatly appreciated Roberto’s wild, unrestrained sense for expression and advanced technique.

J.A.L is a powerful Rock trio led by guitar wizard and composer Julian Avril Logvinenko, who combines all kinds of influences in his compositions with a total disregard towards the politics of musical styles … total!

With Chris Tone on drums and Hartwig Nickola, bass player and sound engineer, they perform some highly intense music, from hard and heavy to psychedelic and progressive, mysterious for some … epic, for others.

Showmanship, musicianship, stunning guitar acts and mesmerizing music that opens all gates … and closes all circles.